You are here: Home / General / Three Things to Know About Worker Classification Laws 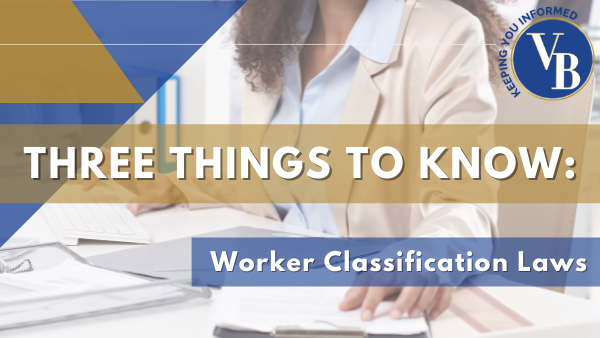 Federal rules regarding worker classification – as either employees or independent contractors – just became a bit clearer, at least for the time being. On March 14, Judge Marcia Crone of the United States District Court for the Eastern District of Texas reinstated the Trump administration’s Department of Labor rule regarding worker classification. This rule was previously withdrawn by the Biden administration, an action the Court ruled was in violation of the Administrative Procedures Act.  The Trump-era rule applies a more-limited economic-reality test that effectively makes it easier for employers to classify workers as independent contractors, who are not subject to minimum wage and other requirements under the Fair Labor Standards Act. The Biden administration has not indicated whether it will appeal this decision. Here are three things to know as you classify your workers:

The takeaway to keep in mind is that employers who misclassify their employees may be subject to fines and penalties, and look-back periods significantly increase an employer’s liability.