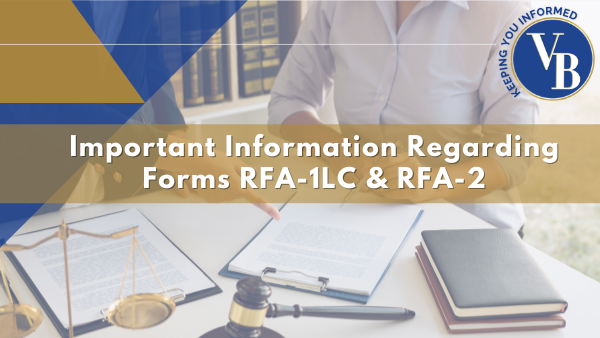 The New York Workers’ Compensation Board released important information today regarding the Board’s response to future RFA-1LC and RFA-2 forms.

Generally speaking, in the past, failure to complete the certification statement did not delay or otherwise impact the setting of a hearing pertaining to the RFA request.

If you have any questions regarding the Board’s guidance on this issue, please do not hesitate to contact Vaughan Baio and Partners.